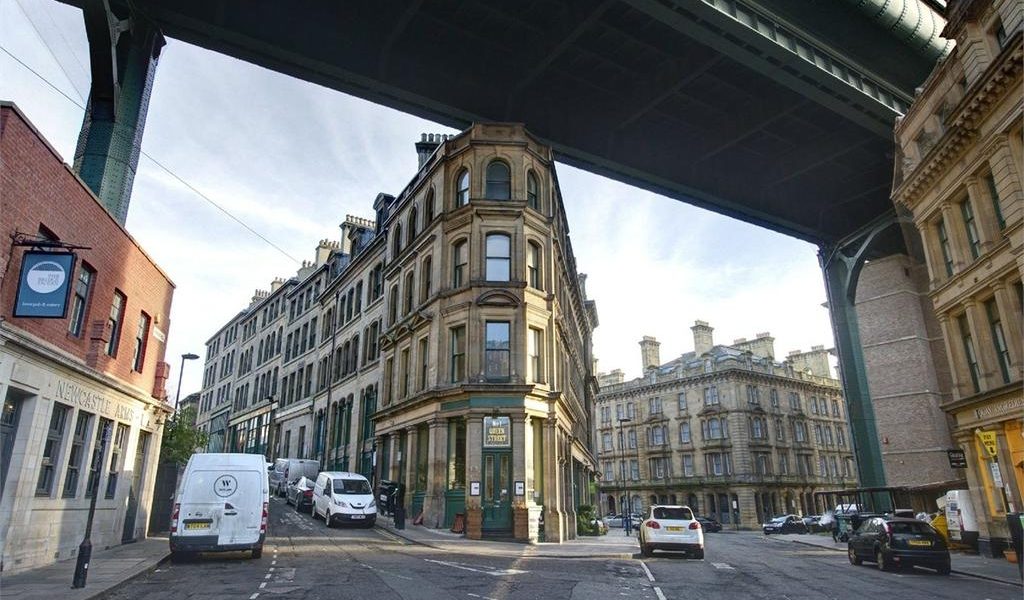 The conversion of the 1st floor of the Grade II listed Princes Building in Newcastle’s Quay side area into 10 apartments was carried out by local main contractors T. Manners & Sons Ltd. The building, which was designed by William Parnel who was responsible for some of the best architecture in the City, was built back in 1863 and as such posed some interesting problems when it came to bringing the building up to current standards.

In particular, the issue of acoustics from the ground floor commercial area, to the new apartment level was a concern. Because of this Lewis Deck specified by the architect due to the very high performance figures it achieves, especially when used in combination with our Sylomer TSS resilient strips.

The combination of the Lewis Deck, a minimum 50mm screed and the Sylomer meant that hitting the necessary dB figures for British Regs was taken care of and it also allowed these “luxury” apartments to have a solid “concrete” floor rather than a timber floor that would become problematic over time. 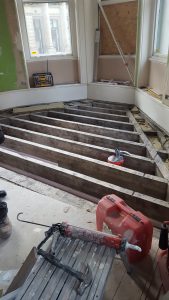 The shape of the building gave some additional issues with the laying of a floor. As Lewis Deck is made from 0.5mm gauge steel it is easy to cut allowing the deck to be laid into these shapes quite easily. 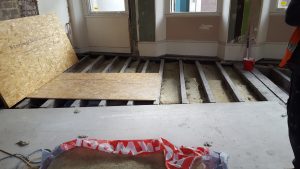 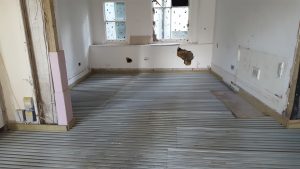 As this building is from the mid 19th Century the floor joists were positioned at very irregular centres. The Lewis Deck, as the sheets were 2500mm in length, were able to deal with is quite easily and they can be used as a safe working deck prior to the screed being laid. The existing joists were also found to be somewhat out of level as well. This posed a problem on site as the floor was to be screeded. This issue was overcome after an onsite discussion highlighting that Lewis Deck spreads the loads imposed on it across the whole floor as oppose to creating point loads as other systems do. This allowed the site team to level up the floor by thickening the concrete screed as needed. 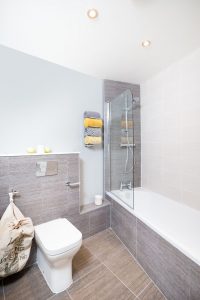 Using Lewis Deck allowed the installation of tiles within the bathroom areas without risk that they might lift, crack or move over time like they would do if laid on a “timber” floor system. 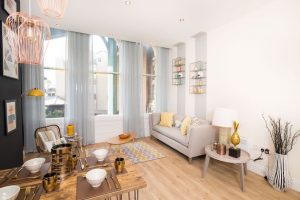 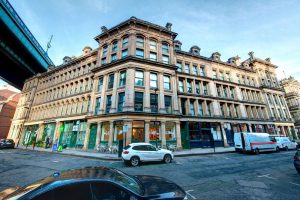 The building was completed on time and “Level One” is now part of the City living culture of Quayside. 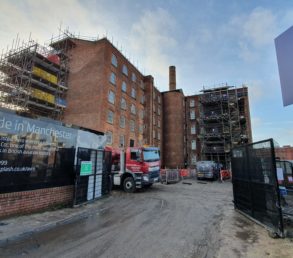 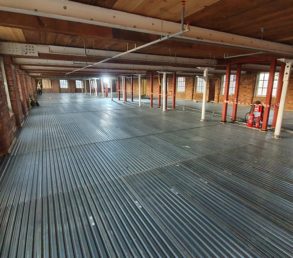 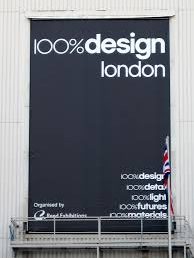 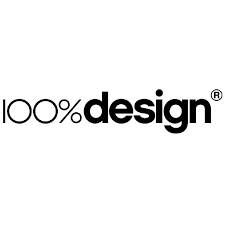 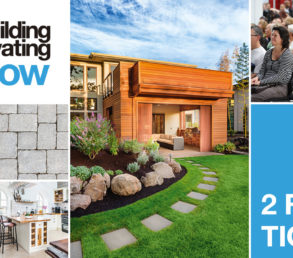 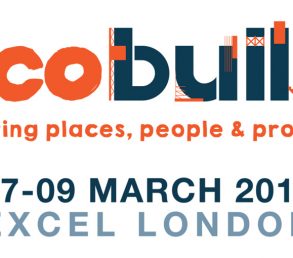 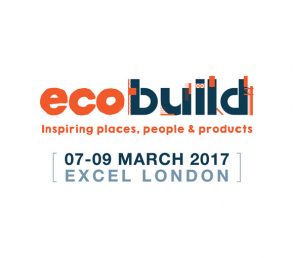 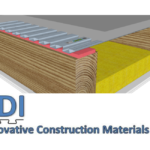 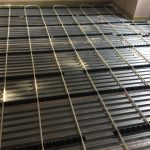